You are here: Home / Photography / Documentary photo / The G7 in 36 frames
[Not a valid template]

For those expecting a repeat of the Summit of the Americas of 2001, the G7 of Quebec had to be either a disappointment or a big surprise. However, for all those who were little informed of the state of mobilization of social movements, the lack of mobilization was rather a confirmation. Nor could this lack of mobilization be ignored by those who had to put in place security measures for the events surrounding the summit. The ubiquitousness of these was therefore the salient fact.

Riot police were not only omnipresent, but in sufficient numbers to control crowds that were likely to exceed 10 times the people on the streets during the three scheduled meeting days.

Upon arrival in Quebec City on Thursday, June 7, an atmosphere of ghost town and siege reigned. Plywood on the windows of shops; Deserted streets; More police cars were pacing the streets than the residents themselves.

Calm before the storm? 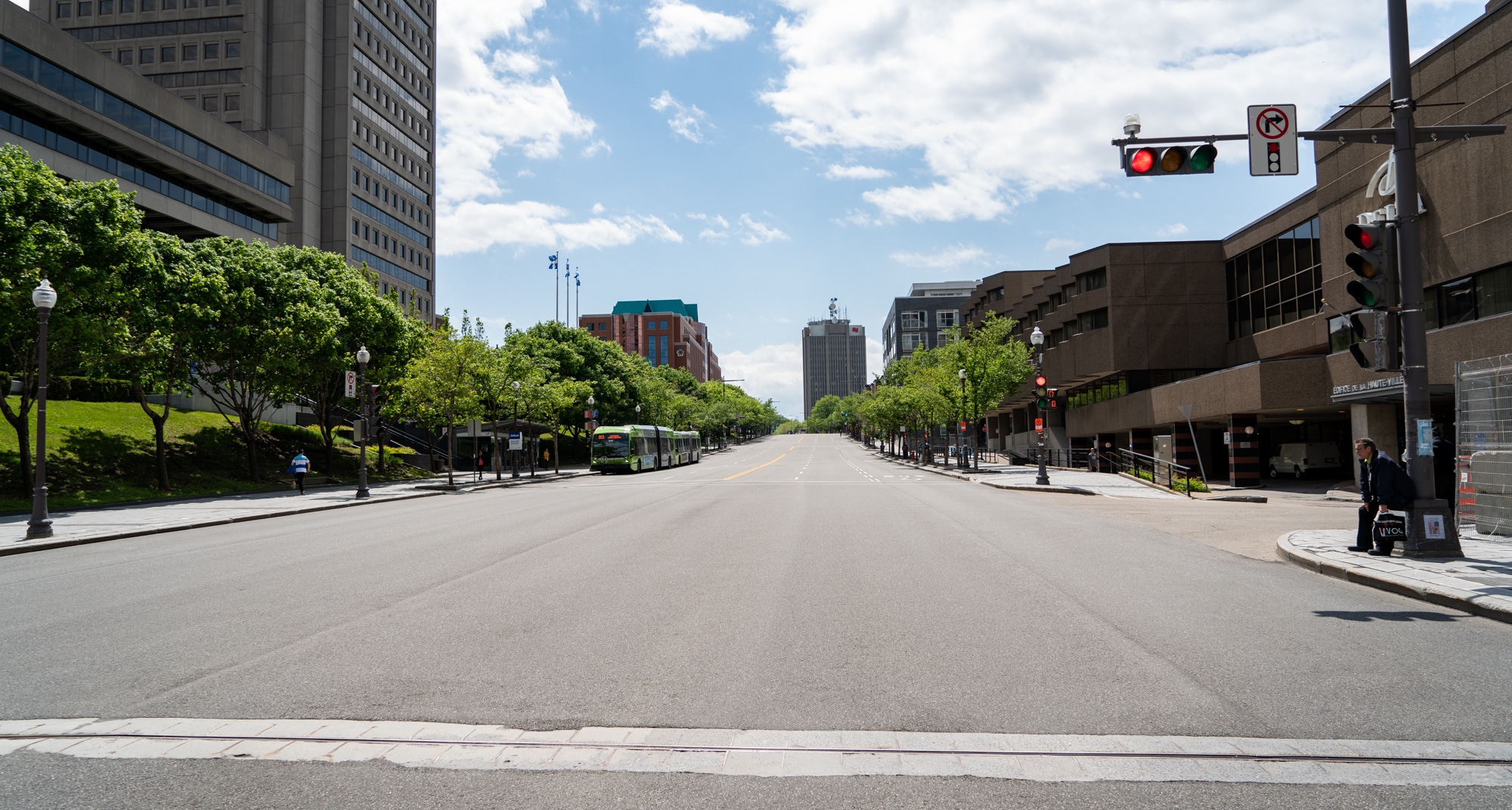 On Thursday, June 7, the first day of the G7 Summit, the streets of Quebec City were completely deserted.

At the Thursday evening demonstration, about 1000 people had gaddered. About 200 riot police officers ostensibly showed their presence. Shield and baton, plastic bullet guns or tear gas in hand, the objective of intimidation seemed to have been the order given. On the side of the demonstrators, a festive and playful tone seemed to dominate despite the tension emerging from this presence. The Quebec police reported two arrests before the march. Since then, both people have pleaded guilty to possession of billiard balls.

The event took place without an hitch despite the ever present cordon of riot polices which prevented anyone from leaving the route and consequently the protest. Several reported that onlookers found themselves trapped inside the procession unwittingly and could no longer escape. 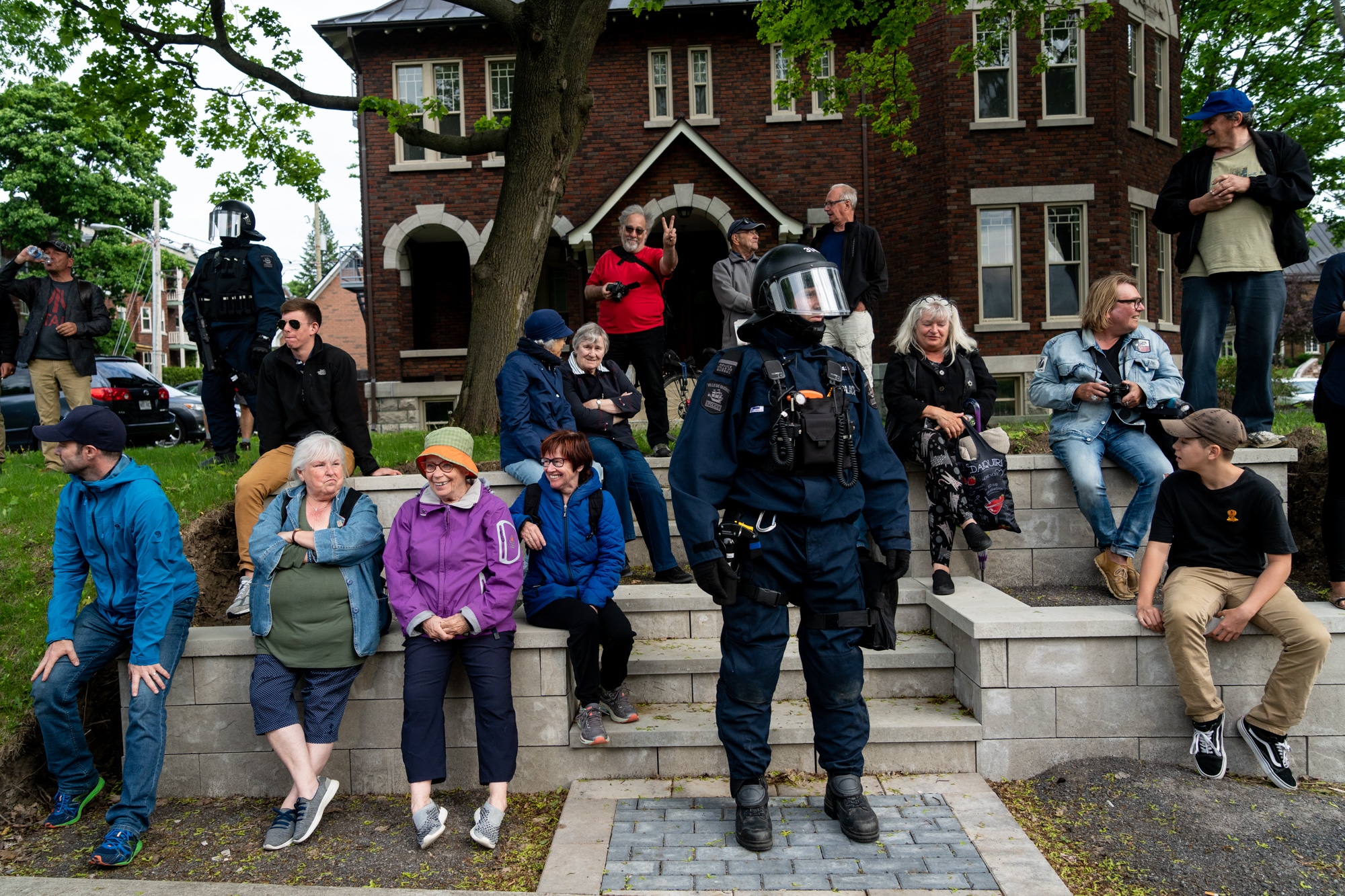 Residents of Quebec City respond with good heart to the dépoiements of many riot police in their neighbourhood.

On Friday, the second day of the summit, several disturbance activities had been planned. The first one took place in Beauport. The objective of the demonstrators was to block the 440 motorway, but due to the lack of sufficient numbers and an imposing police presence, they had to fall back on Route 138. The demonstration was scattered in a calm. 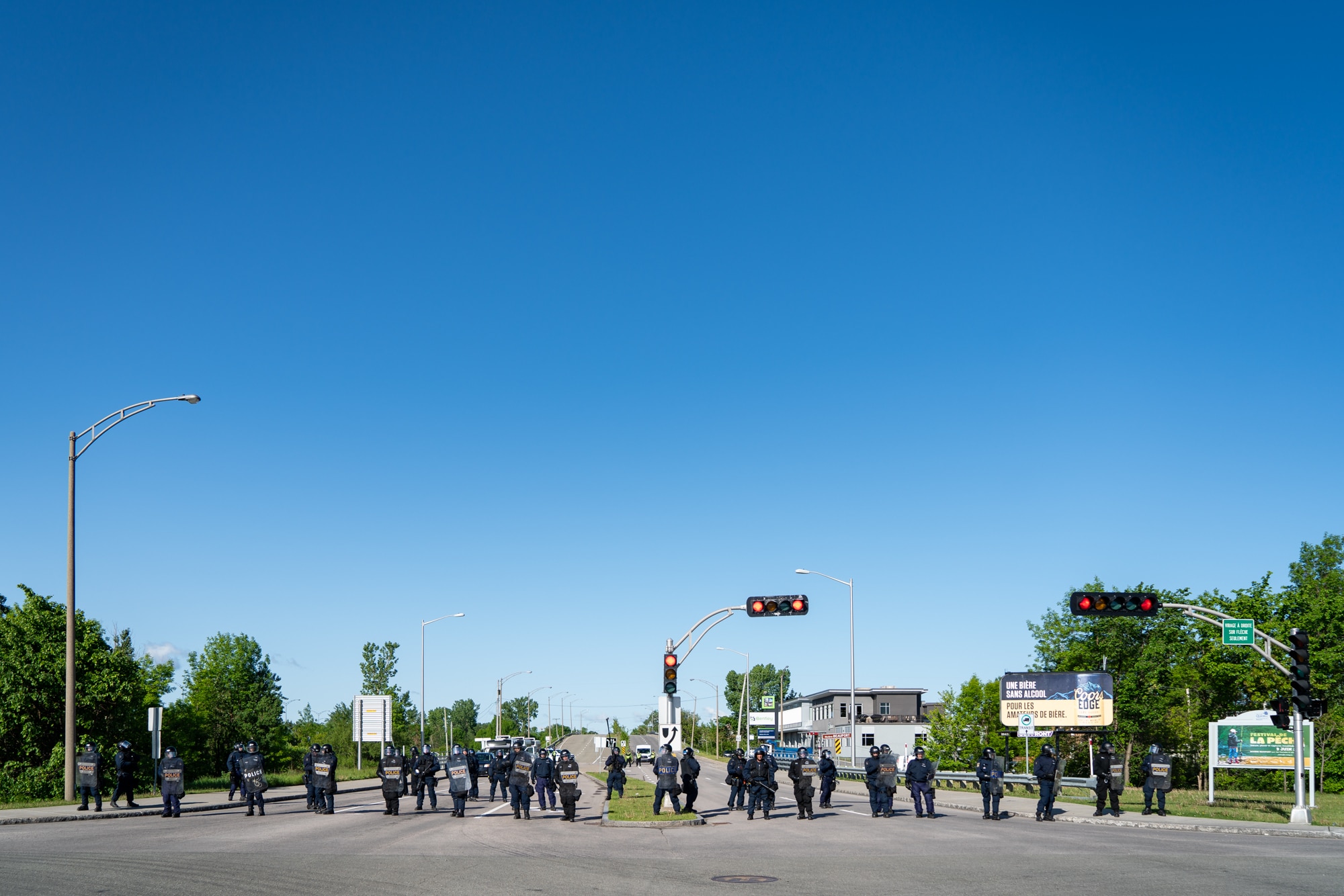 Day 2 of the G7. The day was to be a day of disturbance. Much like the day before, the massive presence of riot police quickly became the highlight.

Later in the day, a game of cat and mouse between hundreds of riot police and a few dozen demonstrators took place in the streets of Quebec City. The whole thing ended on the plains of Abraham, where about thirty demonstrators were ambushed by several hundred policemen who had cordoned off the park.

For the last day of the summit, a public meeting in front of the National Assembly and a major demonstration were planned. About 1500 people were there to walk in the old town of Quebec City. Despite the assurances provided by the Quebec police services, the presence of riot police was still extremely visible. The contrast with the family composition of a large part of the march was striking. 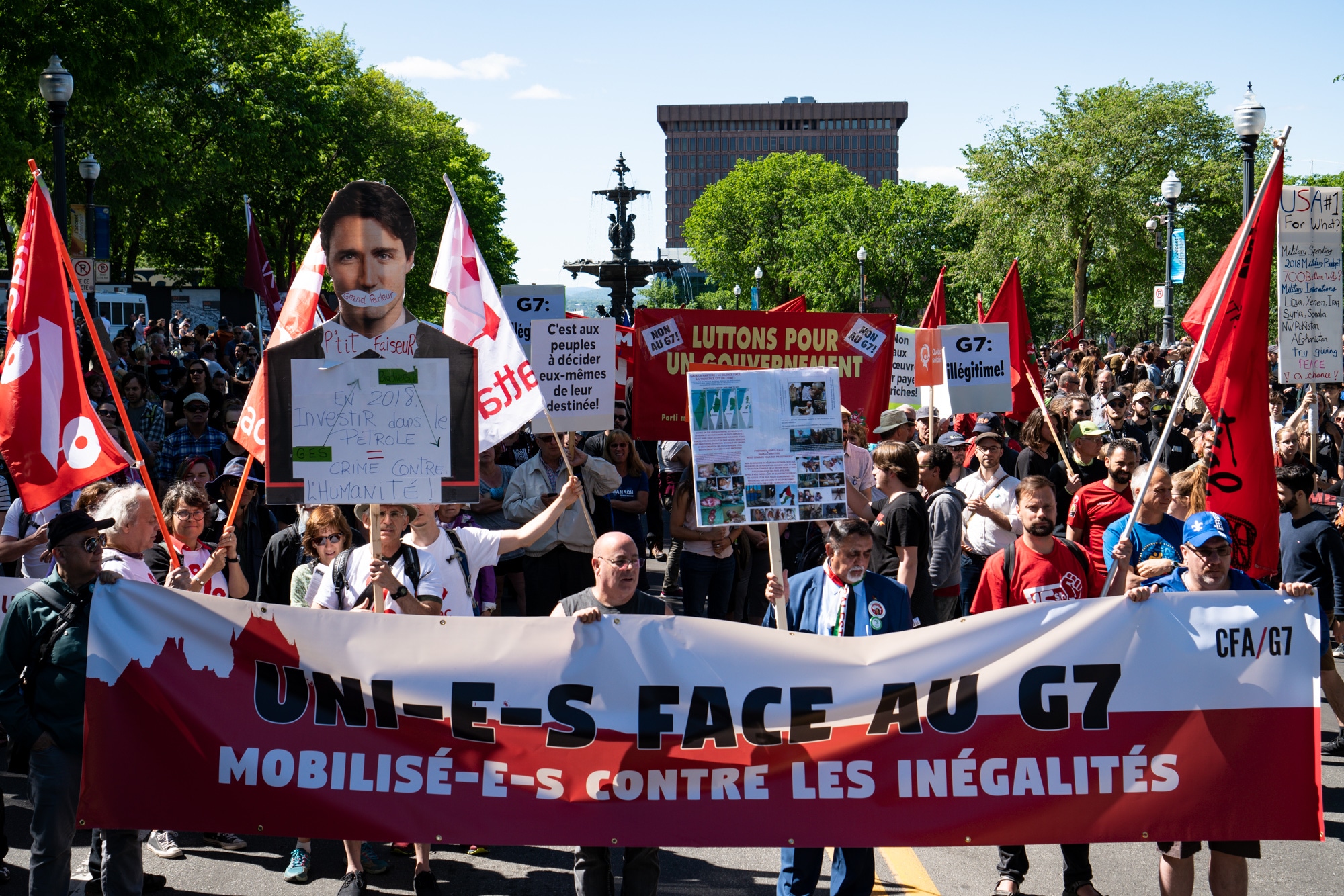 More than a thousand people walk on Saturday, June 9, 2018 in the streets of Quebec to denounce the G7.

The security measures at the G7 Summit in Quebec City will have costed 615 million million.